Danny Boyle, who directed the films “Slumdog Millionaire” and “Trainspotting,” will be the artistic director of the opening ceremony of the London Olympics in 2012. Boyle’s team also includes filmmaker Stephen Daldry.

What does Boyle plan to show the world for opening ceremony of the London Summer Olympics in 2012? Boyle gave an insight of his vision.  Boyle said that the ceremony will feature plenty of pop and rock music from Britain’s greatest musical acts. He also plans to highlight British films. Winning acts from British reality television talent competitions could also have a role in the celebration. Acknowledging that it would be difficult to top the splendor of the Beijing spectacle, Boyle is opting for intimacy over extravagance. The ceremony will take place at the 80,000-capacity Olympic Stadium in Stratford, east London, on July 27, 2012. 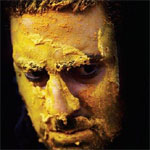 Guess we could have got Mani Ratnam to do the Opening Ceremony of Commonwealth Games in Delhi this October. But on seconds thought, I would rather say NO. Ratnam’s Raavan is such a dud. Wonder why he made it??? And Ash looks like a total Auntie ji and Abhishek…well his turmeric smeared face reminds me of a Bengali marriage custom where the bride and groom are smeared with turmeric.