Hotelier Kunal Malhotra who runs the Hotel Crowne Plaza with his elder brother, Luv Malhotra is soon tying the knot with Shruti Kapur, the Editor & Publisher of Platform. Shruti is also the cousin of Sanjay Kapur and Mandira Koirala and belongs from the family that own one of the largest auto-ancillary business – Krishna Maruti Group. 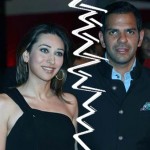 The parties have started and last Saturday, businessman Mohit Jain, who is married to Shruti’s sister, Shreya hosted a mega bash at his farm. It was a wild party that saw the who’s- who of Delhi boogieing on much beyond dawn. In fact some headed straight for various Holi parties post this night long revelry celebrating Kunal Malhotra and Shruti Kapur’s forthcoming wedding.

A wild party definitely generates some spicy gossip and so did this one. There was a major scene between a brother and a sister over his new love. But more on that later!