Hotelier Vikram Chatwal, the ex husband of Delhi socialite – Priya Sachdev was arrested on 2nd April at the Fort Lauderdale/Hollywood International Airport with an arsenal of drugs hidden on his person, in his crotch and in his bag. Chatwal’s association with drugs in nothing new. He was also at a drug rehab hospital in Mumbai few years back and many US Tabloids have many a times reported Chatwal and his BFF – Lindsay Lohan as coke-buddies. 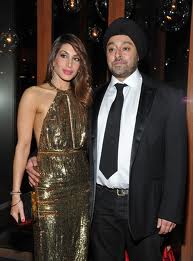 Vikram Chatwal was booked on one count of trafficking (6 grams of heroin) and seven counts of possession … including cocaine, buprenorphine (an opioid), clonazepam (a sedative), alprazolam (Xanax) and lorazepam (muscle relaxants), ketamine (a horse tranquilizer) and weed.

According to the police report, Chatwal admitted to cops that he illegally purchased and possessed the drugs.

Hindustan Times Luxury Conference is back. The hugely successful event this year is scheduled for 25th & 26th March, 2011 in Mumbai. Besides the usual pack of head honchos of global luxury labels, HT Luxury will have legendary designer Emanuel Ungaro gracing the event. Ungaro made headlines for wrong reasons when they appointed Lindsay Lohan […]

Folks, thank you. Thanks to you all, fashionscandal just crossed the Million mark. Since its inception in March 2010, today fashionscandal scored Million plus hits – 1004348-to be precise. So on this occasion I would like to share some scintillating gossip. The goss around town is that Priya Chatwal is having a fling with none […]