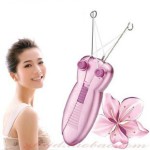 The word ‘Remington’ must be taking you on a nostalgic trip to the days of typewriters. Well most of us (at least the men) associate Remingtom with typewriter or Remington Steele – The TV series epitomized by Pierce Brosnan. The origins of the “Remington” name date back to the formation of E. Remington and Sons, a firearms maker founded in 1816. E. They made occasional forays into products but its most significant side venture was when inventor Christopher Sholes persuaded the firearms company to help him develop the typewriter with the QWERTY keyboard, which is still the standard today. But now Remington is the hautest name in women and men grooming products. Priyanka Chopra uses it and so does Tina Fey of Hollywood. Celebrities swear by the Sleek & Curl straighteners by Remington. They are coated with Teflon Ceramic Tourmaline and heat up in just 15 seconds. 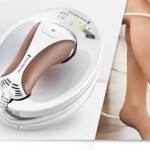 14 Replies to “Socialite To Metamorphose Into Brand Ambassadress”