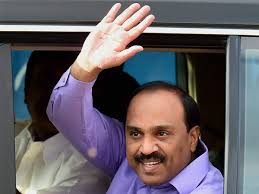 When we talk about the ‘Big-Fat-Indian-Wedding’, invariably the mind drifts to opulent weddings of wealthy families from Northern India. Things have changed when it comes to obscenely extravagant weddings in India as Southern India – the wealthy families from Karnataka, Tamil Nadu and Andhra have set the bar higher for extravagant weddings. The infamous mining barons – the Reddy brothers are spending Rupees 200 Crores on Janardhan Reddy’s daughter – Brahmani’s wedding with Rajeev Reddy on November 16.

Janardhan Reddy spent more than three years in jail in connection with the Bellary illegal mining case. He was released on conditional bail on January 22, 2015, by the Supreme Court. Reddy was also a minister in the Karnataka cabinet during BJP rule and the family is very close to Sushma Swaraj, the MEA in the present Government.

The wedding invitation comes with a huge box that has a LCD Screen on the lid. As you open the box, a video starts playing on the screen. The video features Reddy, his wife, Brahmani and the groom Rajeev Reddy. Janardhan Reddy and his wife are lip-synching to a Kannada song that seems straight out of a film. The song was specially composed for the wedding. Here are the links of the ‘Invitation Video‘: https://youtu.be/rHRQEPxAu74

A personal opinion – some Indian designers do not take criticism sportingly. I feel they should and that way they can raise the bar higher. I have often been asked:  “Do you have any problem with XYZ designer?’  I ask, “Why do you think so?”  “No you have been critical of his/her work”. I say, […]