Women across social media in India have been hitting out at a male BJP politician, Ramveer Bhatti who asked why the victim of stalking, Varnika Kundu was “out so late at night” – thousands of women have posted pictures of themselves out past midnight with the hashtag #AintNoCinderella.

Varnika Kundu from Chandigarh, Haryana, detailed the harrowing incident she experienced in the early hours of Saturday morning in a Facebook post. She wrote that two men chased her car, cut her off and then approached her vehicle, using physical force to try get in. The one amongst the assailant was the son of Haryana BJP Chief, Vikas Barala 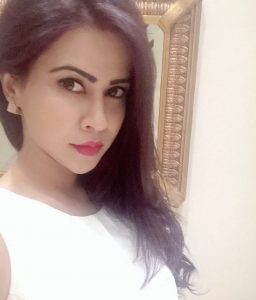 “They seemed to really be enjoying harassing a lone girl in the middle of the night, judging by how often their car swerved, just enough to scare me that it might hit me,” Varnika said. She added that she felt lucky she was “not lying raped and murdered in a ditch somewhere”.

Kundu reported the two men to the police, claiming that one is the son of a BJP politician. Her complaint was registered and the two men were arrested, then released on bail. BJP state vice president Ramveer Bhatti was reported by several news outlets to have focused not on condemning the men, but victim-blaming Kundu. “The girl should not have gone out at 12 in the night,” he said. “Why was she driving so late in the night? The atmosphere is not right. We need to take care of ourselves.” He also sermonised, “Parents must take care of their children. They shouldn’t allow them to roam at night. Children should come home on time, why stay out at night?”

Thousands of women have since tweeted to mock the politician’s major, infantilising, victim-blaming statement, posting selfies out late at night to highlight their own autonomy. “Oops 1.45am and I am out on Delhi Roads, In a short Dress, stop me if you can !!! #AintNoCinderella,” wrote one user. Another tweeted: “Dear regressive India, I will do as I please, night or day. Don’t ever think you have the right to stop me #AintNoCinderella.” WAY TO GO GALS!