The fashion industry seems to have its eyes set on the future. Earlier this year, Gucci released its space age AW17 campaign that saw a collaboration with Star Trek – now Rag & Bone has announced it will be collaborating with Star Wars-The Last Jedi on a new capsule collection. The ‘Beam Me Up’ Gucci campaign featured robots and intergalactic creatures all dressed in the AW17 Gucci designs. The model aliens wore huge hats, clashing vintage prints and bejewelled eyewear as they were captured on different landscapes – even fighting a giant dinosaur in the Ad-campaign. 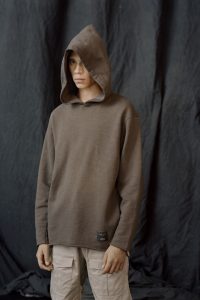 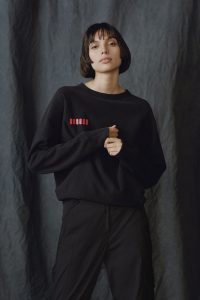 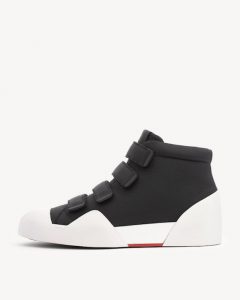 Marcus Wainwright, the creative director of Rag & Bone is a fan of Lucas’ films. The Force has been with him a long time: Rag & Bone’s Marcus Wainwright has gone from collecting “Star Wars” figurines as a boy to designing a capsule collection to coincide with the release of “Star Wars: The Last Jedi” on Dec. 15. The Rag & Bone special-edition apparel and accessories styles range from $95 to $1,295. “That was the big challenge to do a collaboration on some ‘Star Wars’ stuff that felt like Rag & Bone,” said Wainwright, calling the collection loosely inspired by some of his favorite “Star Wars” looks. There are some printed T-shirts, a men’s look loosely inspired by Luke Skywalker and a women’s look inspired by Princess Leia. There are 22 pieces in all of ready-to-wear, footwear, T-shirts and accessories.  One T-shirt says, “More Powerful Than You Can Possibly Imagine,” and another features a graphic of two X-wing fighters.

The men’s offering includes an Obi-wan hoodie and Stormtrooper sweatshirt. For women, there’s a merino wool bouclé sweater with a subtle rolled neck and hems, ribbed texture at elbows, and engineered knit details at the arms that create a minimalist interpretation of military functionality. Footwear consists of RB1 Force high-top sneakers for men and Ellis Force boots for women, while the accessories lineup includes a zip-around wallet, wristlet and card case.