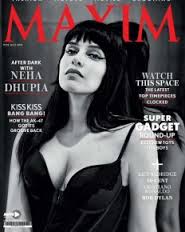 Priyanka Chopra Sizzles In A Swimsuit in ‘Exotic’. See the COMPLETE Video Here!

Priyanka Chopra sure knows how to lure in people. In her recently released Single – Exotic, Piggy Chops dons a flesh toned swimsuit to grab the eyeballs. Chopra has been getting overwhelming response for Exotic from her fans and music buffs across the world. The Single is No. 1 on iTunes India. In Exotic PC […]

Holi is the Desi version of Wet T-shirt Contest. Now with a huge expat population In Delhi who simply love the Festival of Colour, Holi drenching has taken a whole new dimention. Here are some scintillating and sizzling images from various Holi revelries that you may not find in the Tabloids today. They are uncensored […]