Before Armani entered India there was a huge expectation from the brand and brand gurus predicted that if one brand that will literally rock in India amongst fashion & luxury labels, it’s Armani. Armani tied-up with one of the most powerful conglomerate of India – the DLF group. Yet two years down the line, Giorgio Armani and Emporio Armani are showing the most pathetic results. What could be the reason or rather reasons? Atul Midha, the man who runs the show in India is definitely lagging behind when it comes to promoting his brand. Heard he loves to spend more time in Milan than Apna Desh! In fact more esoteric brands in Menswear like Ermenegildo Zegna, Canali, Brioni, Paul Smith, Corneliani and Burberry are faring much better than Armani. Giorgio Armani’s past few collections were strongly influenced by India yet the Guru Jacket from Zegna or the Nawab (Bandhgala) Jacket from Canali created more flutter and sold much better. 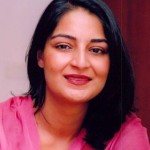 Even the lunching-ladies are skipping Armani and rather going for Chanel, Marc Jacobs, Pucci, Dior, Miu Miu, DVF, Ferragamo, Tod’s and Herve Leger.Recently a Armani travel bag was on a discounted offer (Midha once tom-tommed, “Armani doesn’t do ‘SALES’.”) – the Rs. 80k bag was offered for approx. Rs. 50k by a site called fashion fad and yet there weren’t many takers. Many fashion conscious gents have told me that the merchandise at Armani stores in India is sad. Pia Singh should take stock of things and see that her smartly attired GM who speaks with a borrowed accent is not just big-talk but some hard work too. And yes, their PR is absolutely pathetic. What else could be the reason for Armani being so lackluster here even when it’s got the best location at DLF Emporio???

74 Replies to “Why performance of Armani in India is so Lackluster?”