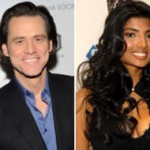 Anchal Joseph, born in New Delhi, India appeared on the seventh season of America’s Next Top Model, hosted by Tyra Banks. She was the seventh aspiring model eliminated in the competition, but despite that, she’s currently pursuing a modeling career in New York.

Melania Trump ‘In The Buff’!

PARSONS To Open A Campus In MUMBAI

PARSONS, New York is undoubtedly the most prestigious design school in the world. If I recall right, Raghavendra Rathore is a Parsons graduate amongst Desi Designers. Parsons has produced gems like Marc Jacobs and the team behind the label Proenza Schouler. Fall 2013 will see the re-opening of the Paris campus of Parsons located on […]

I AM AN INDIAN, I’M A HINDU BUT I’M TOLERANT

Not even in my worst nightmares did I ever dream that I had to qualify myself as a tolerant Indian belonging to the majoritarian section. The country is going to the dogs and the rising intolerance at display will never let our PM Modi fulfill his pet project – ‘Make in India’. When the government’s […]